Home Using Skype on a Chromebook

Using Skype on a Chromebook 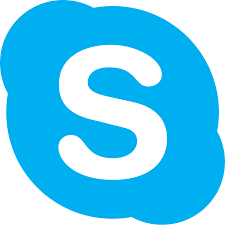 Instructions for Skype on the Chromebook

It is quite simple to use Skype on the Chromebook. Here, only the call through the Web page https://web.skype.com/ and registered users is necessary. If you can already have a username, login with password is required. After the charging process, Skype opens into contains familiar environment. The browser requires the allowing of desktop notifications and the possibility to use the built-in microphone of the Chromebook. The former option does a choice there in my eyes, if you would like to be informed about incoming calls.

Downside of Using Skype on a Chromebook

On Windows and Mac, Skype for Web offers support for voice and video calls using a plug-in. This is the same way that Skype offered voice calls on Outlook.com, and the same way Google used to offer voice calls in Gmail with Google Talk. But Chromebooks can’t install older browser plug-ins like this—it’s the same reason why you can’t install the Java web plug-in on a Chromebook. That means Chromebooks are left out of Skype voice and video chats, for now.

In the past, it was already possible to exchange at least text messages with the Web application by Skype. It is undisputed that this can be in today’s age, and in the light of the other functions of Skype is not satisfactory. Because also the hangout provided by Google is a worthy solution, was gladly referred to this alternative. So it is not surprising that according to latest reports the possibility has been created now, Skype running in the browser to allow. However video calls are not supported currently still but may be possible once Chromebooks run Skype as an Android app.

Google is working on an Android runtime for Chrome. Ultimately, this is a compatibility layer designed to let you run any Android app directly on Chrome OS, giving Chromebooks access to all the Android apps that exist. It doesn’t work perfectly just yet and requires some fiddling, but it’s an option.

Skype has an Android app, and you can now install that Android app on Chrome OS. If you have an Android device, you can install Skype for Android and the ARChon Packager app. This is not reccomended for beginning Chromebook users and the install of Skype on a Chromebook requires some more advanced techniques.  The packager app can then package up the Skype Android app into a Chrome app. You can then share the generated app using Android’s share feature and upload it to Google Drive, where it will be available on your Chromebook’s Files app.