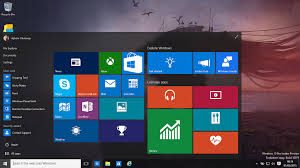 Windows Software Made for Chromebook

It is possible to run some Windows software on Chromebook natively. This would occur when the software developer has created a special version of the Windows software for Chromebook. Some more advanced Chromebook users may want to install Windows on their Chromebooks. Although not the intended purpose of these machines, any Chromebook with an Intel CPU can also run a variety of Windows software via the WINE emulator. This opens up a huge amount of additional software such as Office/Productivity apps, graphics/image editing apps, games and more.

Now you will want to launch the Chrome Remote Desktop App on your Chromebook. There will be an option to select the PC that you want to remote access into. You will need to enter the PIN that you setup. Then you will be able to access this remote desktop of the other PC. This is not the quickest way to run Windows apps on a Chromebook, but it gets the job done. The performance of the Chromebook remote desktop will be affected by the internet connection on both computers.

How to use Chrome Remote Desktop

You can navigate the remote computer as you would were you in front of it. Note that the Chrome Remote Desktop app will playback audio from the remote computer on the local system. So if you want to listen to audio tracks or watch movies on the remote device and listen in on your Chromebook. You can also copy and paste text between the remote and local computers. Most ChromeOS devices are laptops so they are often offline/sleeping and I think one of the great use cases for Chrome OS is to use it as a thin client to access network resources via VDI/Remote Desktop.

Although not the intended purpose of these Chromebooks, you can install Windows on most of their hardware. Any Chromebook with an Intel CPU can also run a variety of Windows software via the WINE emulator. Remember, you need an Intel based Chromebook to run WINE and Windows. This will not work with ARM Chromebooks. Also, not all Windows applications work correctly with WINE, but a lot do. You can see some of the best ones here, (includes a lot of games), or if you’re interested in using a specific Windows package, you can check the compatiblity level here.

How to install WINE on Chromebook to Run Windows

What Chromebooks will run Windows 10?

Why Install Windows on a Chromebook?

Because Google has made it abdunantly clear that they have no interest in mantaining support for “older” hardware with ChromeOS. Android support will never be available for these machines. Soon, ChromeOS won’t be updated, either, and as web-based technologies evolve, you will be left out in the cold.

Once a Chromebook is out of support, you are completely screwed. For instance, if a new authentication method replaces OAuth2 in the future, Google will shut down OAuth2 (which is what they did with OpenID last year), and you won’t even be able to log into your computer anymore.

We shouldn’t coerced be dumping computers every three to five years in favor of the new shiny. That old technology has to go somewhere. Recycling electronics to extract the valuable heavy metals is not a cheap or environmentally-friendly process. With a Chromebook, end of support means total end of life.