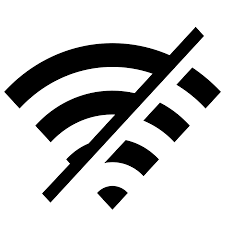 Most Chrome apps are browser-based, but a few are so-called Desktop apps that can run offline and outside the browser, not only on Chromebooks but also on Windows PCs and Macs. Google announced these back in September along with a Chrome App Launcher for Windows, prompting lots of stories about how the company was trying to hijack the Windows desktop. But more than six months later there still aren’t very many of these new apps in the Chrome Web Store (they are listed under the “For Your Desktop” collection).

How to Work Offline on a Chromebook

The key to using a Chromebook offline is preparing ahead of time and ensuring your apps and data will be ready. When you no longer have the internet, you must have already downloaded all the apps and data onto your Chromebook

New-style Chrome apps offer the best offline experience, but Google hasn’t yet migrated all their old apps to new Chrome apps. Some Google services and third-party apps still require you set them up in the original way.

Gmail: Install the Gmail Offline app from the Chrome Web Store. You can read, respond to, and search your emails when you aren’t connected to the Internet using Gmail Offline. It will automatically sync new mail in the background. You can read your email and compose new emails when offline and the app will send them when you reconnect. Note that the Gmail Offline app is separate from the standard Gmail app and has a different interface.

You can take notes offline using Google Keep. First, if you’ve already taken notes, you’ll need to save them so you can read and edit offline:

After your Chromebook saves your notes, you can edit them or write new notes offline. Any changes you make will show up in Google Keep the next time you’re online.