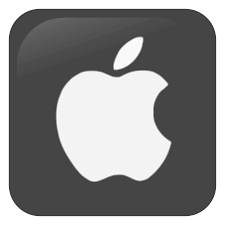 Chromebooks are starting to outsell Macs! Who would have ever thought that this could happen 3-4 years ago when Chromebooks were still relatively new computers. Now more and more people are turning to Chromebooks as their primary computers.

More Google Chromebooks are sold in the US than Apple Macs, according to the latest figures from analyst firm IDC. While few think of the company, famous more for its mobile and internet software, as a major creator of PC operating systems, the slimmed-down Chrome OS has powered almost 2m laptops sold to Americans in the first quarter of 2016, IDC told the Verge.

Google and Apple aren’t really in direct competition, as the former doesn’t build the majority of the laptops, or even profit from their sales: like Android, Chrome OS is given away to manufacturers to install for free, and Google makes money from adverts and services sold on top of that.

Definitely very impressive for Chromebooks. To be fair, lots of people are probably waiting on a Fall refresh to the Macbook Pro/Air lines-they are both incredibly outdated which is probably causing a slump in sales.

You will see an explosion of Chromebook sales in the coming years. This is similar to Android vs iOS, where Android had a small percentage of smart phone OS sales, and now there is no comparison in terms of volume. But it’s actually much more, because Android and iOS are comparable operating systems. ChromeOS is a revolution. The addition of Android apps is also a complete game changer, although I think it will take another year or so for their impact to be felt.

Future of Chromebooks and ChromeOS

If Google properly nurtures the ChromeOS ecosystem, they will have a huge winner on their hands. For 95% of computer users, there is no need for an expensive, bloated OS if all you are doing is checking email, Facebook, or browsing the internet.

ChromeOS’s performance will only improve in the future, as more apps and more functionality are added. And also as internet access becomes ubiquitous. A huge chunk of this is driven by the k-12 education market, they are buying chromebooks by the thousands.

Chromebooks are not as widely available outside of the US. At least some of the models are not available. For example, I cannot buy a Pixel 2 in the Czech Republic, nor do Dell sell any Chromebooks here. Very frustrating. Also, Europe is slower to adopt cloud technologies. There is more a distrust of leaving things in the cloud, especially when controlled by American companies.

The more I use a Chromebook, the more I realise that the majority of people who use Macs and people who used to buy the cheapest, shittiest Windows machines because they don’t know better will be perfectly happy on one.

Because the limitations are perfectly defined for any non-complete-idiot, you can’t blame the machine when it doesn’t do what you need it to do because you didn’t do something that should have been done.

Hardware wise I’m very impressed at what Asus has managed to do for <$300. By that token, a ~$500 Chromebook which is finished to the same levels as Apple hardware ought to take a significant chunk of Mac (and medium-level PC) sales in a couple of years as ChromeOS matures.