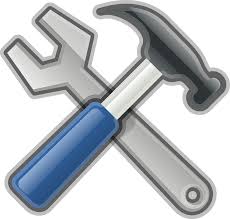 Chromebooks have been around for a while now. For many users, a Chromebook repair may be necessary. The big issue is if paying Chromebook repair costs are worth it. It may be cheaper to buy a new Chromebook than repair an old one. You can buy must Chromebooks for between $200-300 a computer. A repair for something simple may cost atleast $100, mainly in labor. Thus, depending on the repair, it may make sense to buy a new computer.

Repair vs. Buy a New Chromebook

The initial cost of a Chromebook is generally far less expensive that traditional computers.  (But the greatest cost savings of Chromebooks are in the areas of implementation, support and maintenance.)  Chromebooks are generally less expensive in part due to manufacturing decisions such as (in some models) making the RAM an integral part of the mainboard;  While this reduces cost, integrating discrete parts makes local repair of a Chromebook less feasible.  While it might make financial sense to spend $300 to repair a $1,500 legacy computer, spending $300 to repair a $199 Acer C720 would be financially indefensible.

How Much Does it Cost to Repair a Chromebook?

It may cost between $50 to $200 to repair a Chromebook. This will be mostly for labor as Chromebook parts are typically very cheap.For most people, the decision to replace a computer comes down to cost. Since a basic desktop computer starts at around $300 and a laptop around $500, most people consider replacing their system when a repair will cost $300 or more. However, there are a few hidden expenses to keep in mind before you buy a new PC.